We purchased our home in the summer of 1993. It was built in 1975 and we are the third owners. At the time of the purchase, our daughter Courtney was just 2 years old and Kelsie was a baby at only 8 months. There have been lots of changes in those 21 years, so I thought I would shared some of the pictures with you.

When you buy a home, there are always changes that you want to make and almost all of them are on a priority list with finances being the guiding factor. We looked at so many homes before buying this one. We loved the layout, the floor plan and the neighborhood was perfect, but the cosmetics and color schemes weren't our style. There were baby steps with the changes in carpeting, removing wall paper, painting etc. One big painting job was the exterior. 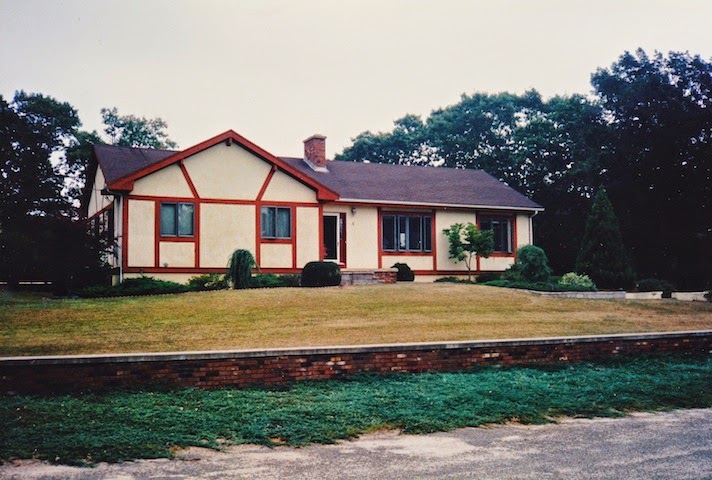 If you're on a house hunt, remember to always look past cosmetic things like painting, because that can always be changed. 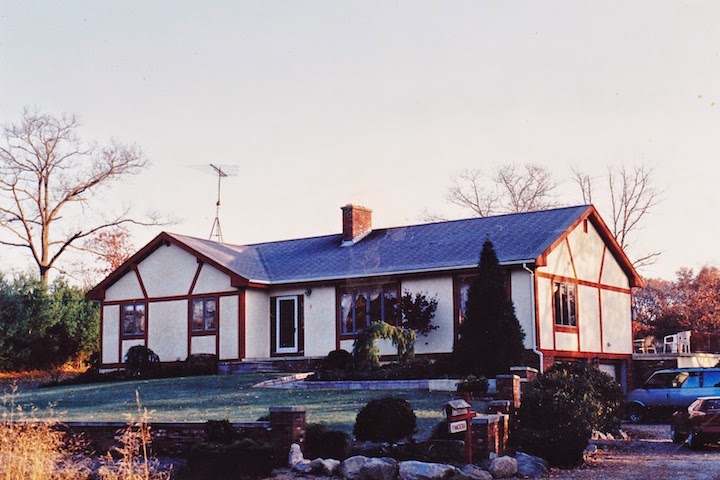 Come on in to see all the transformations over the years…

The exterior layer of the house was stucco and the windows had brown metal frames. Soon after we purchased the house in 1993, we painted the stucco a light gray color and I spray painted the window frames white.

I literally covered the glass part with paper and tape and sprayed the brown metal with white paint. I did it before my husband painted the house, so I didn't have to be careful when spraying. It lasted almost 9 years until we put in new windows. 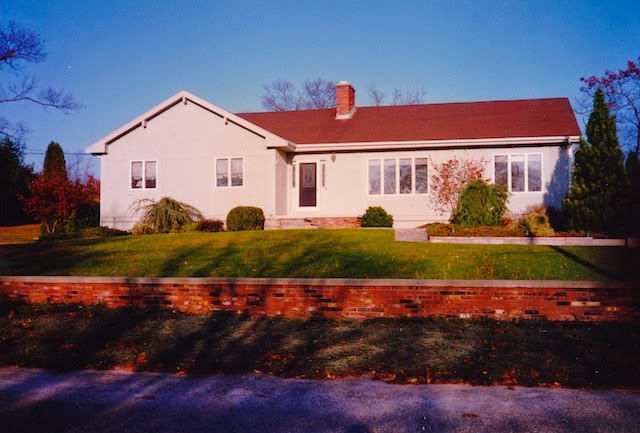 Somewhere between 1998-1999, we painted the house a slate blue gray color. We wanted a darker color from the light gray we originally picked. 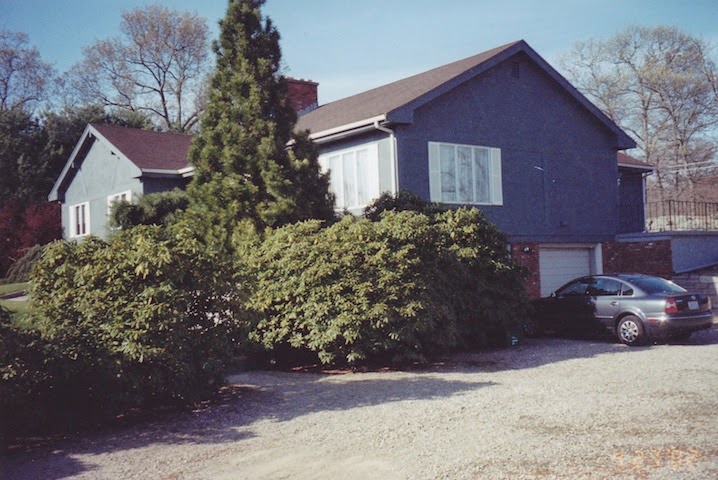 A few years later the stucco started to fail on several areas all around the house. You can see a big chunk missing under that left front window. 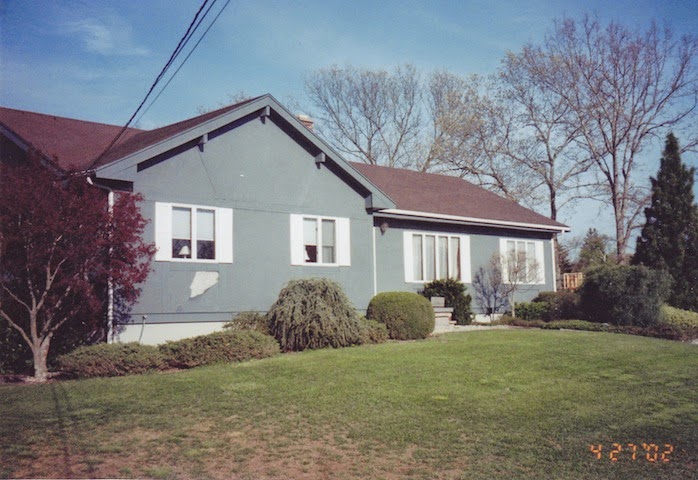 That lead to a bigger renovation in 2002. We replaced all the doors and all the windows to double hung paned windows. We picked a tan color for the vinyl siding. No more painting for my husband!!!

However, life can throw you a curve ball in a heart beat. My mom's health took a turned for the worse that year. She had suffered from Parkinson's Disease for over 10 years and needed full time care. The decision was to have my parents move in with us. 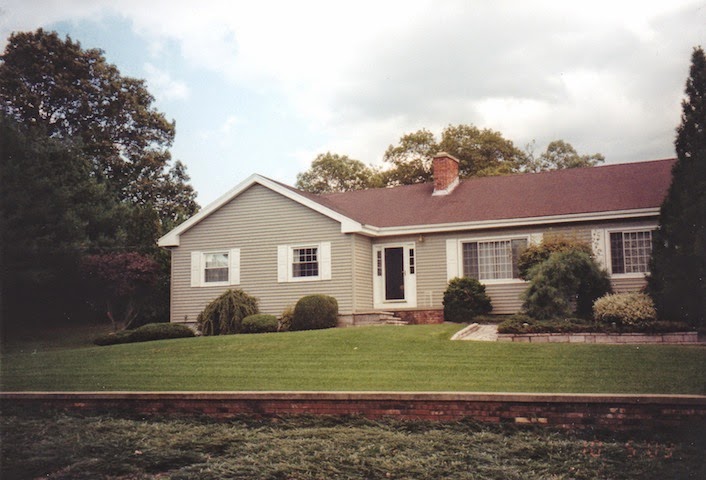 In October of 2003, the new siding that just went on…just came off. The contractors did save it though and reused it on the back side of the house!! That's Kelsie in that bobcat. She looks so young! 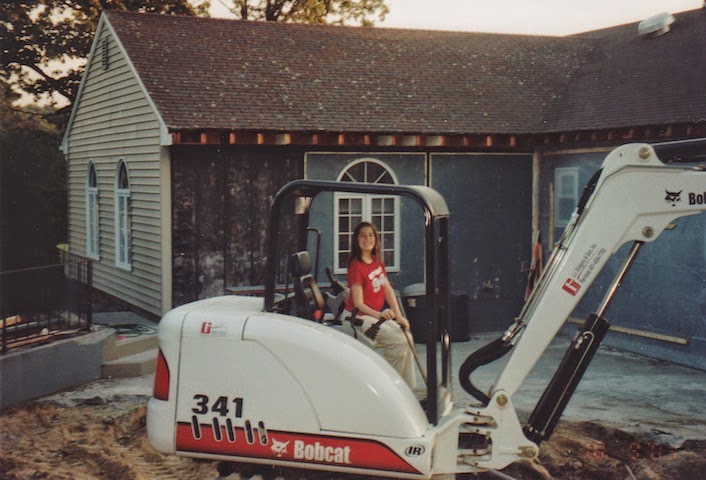 We had long months of living in the construction zone and more curve balls from life along the way, but we made it through. Maybe I'll do a post just on the construction project itself. I know there's a life lesson in that somewhere. 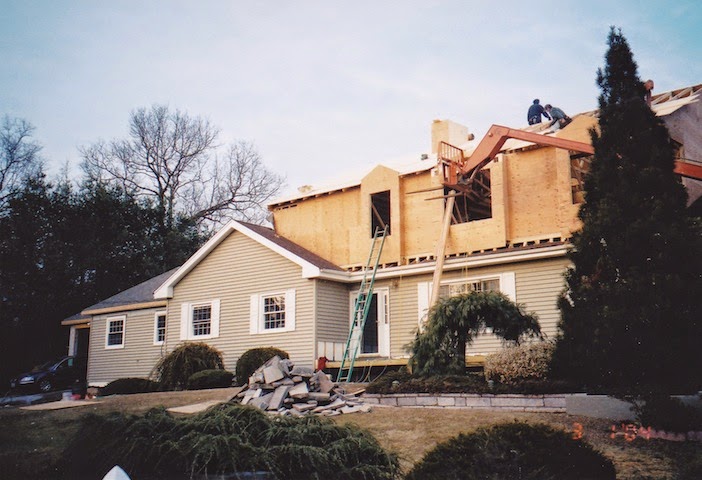 Here we are today!! The construction project was finished in 2004. My mom passed away in 2007. She was only with us a short time, but I wouldn't change a thing and I'd do it all over again for her. My dad is still with us and will be 90 years old next week! 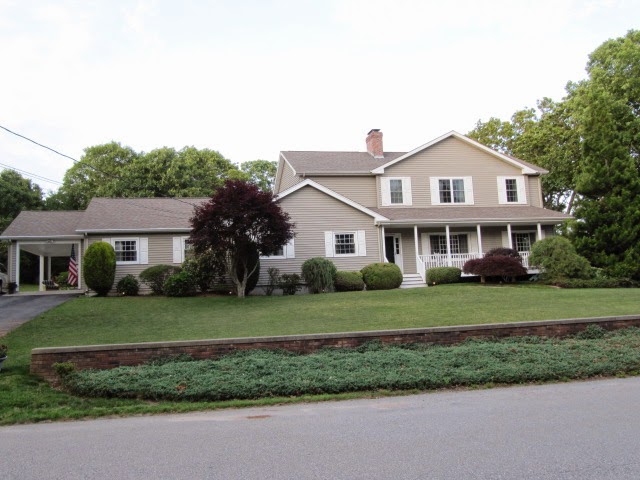 Here's a before and after collage, so you can see the original outline of the house. 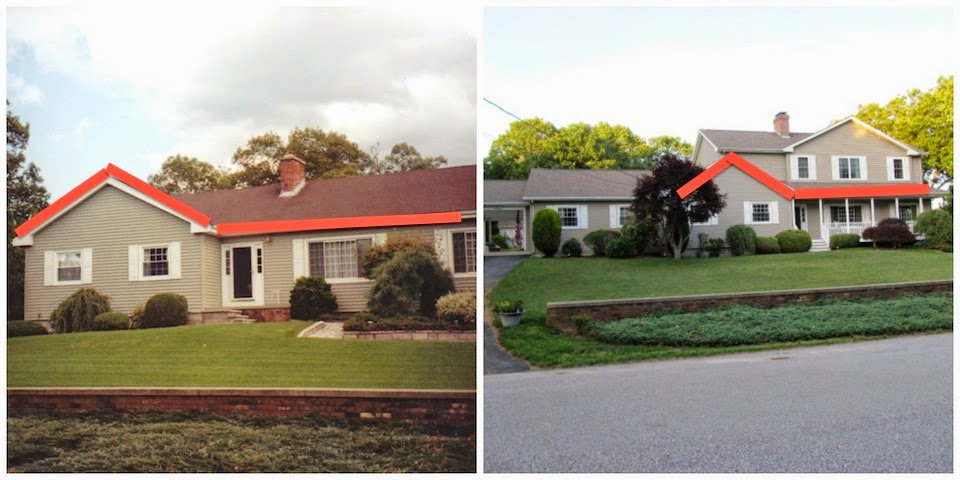 These next few pictures are before and afters of the driveway side of the house and what we did with a big boulder.

This picture was in the summer of 1995 and the girls were having a lemonade stand. Just out of the picture frame in the beginning part of the gravel driveway was a small rock that stuck up out of the ground.

When we finished the house project, we wanted to pave the driveway, so the "small" rock had to come out. 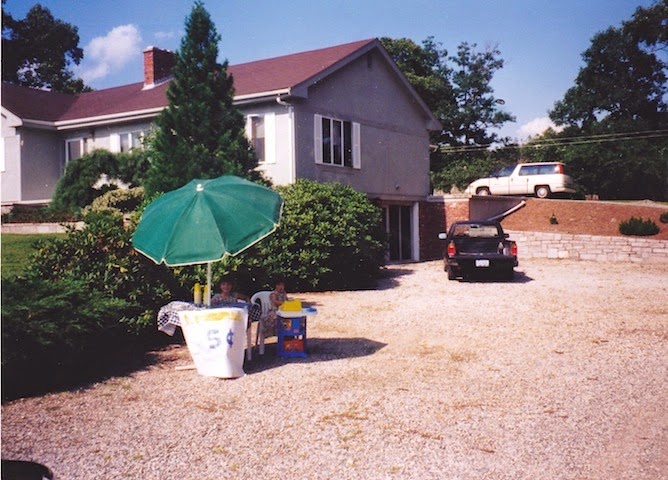 See that "small" rock in that landscaped area? That's what they dug up!! They just kept digging and digging. 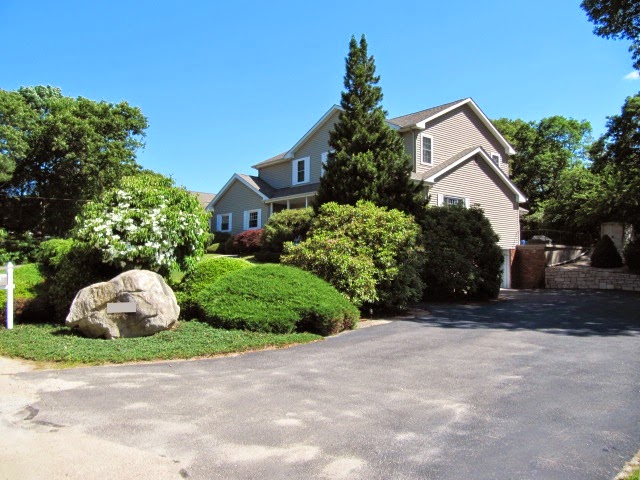 We weren't sure what we were going to do with it, so I had the bulldozer guy just push it off to the side. It was going to cost a fortune to have that heavy thing hauled away. We placed it here and found the flattest side of the rock. I had a stone cutter come out and he carved our last name and our street address on the face of the rock. It's carved out in a pretty font and the letters were done in black. It looks so nice. Sorry, but I blocked it out for the the picture. It only cost $200…way cheaper than the cost to have the boulder removed.

Great family story and perfect stone for that area. If we ever sell the house, the new owners can just flip the rock over and have it carved again!! 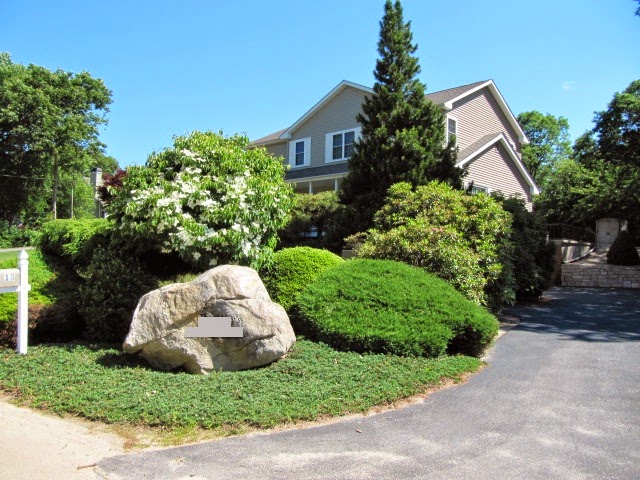 I hope you enjoyed the journey we've had with our home. Lots of stories and lots of memories…with many more to come.

Email ThisBlogThis!Share to TwitterShare to FacebookShare to Pinterest
Labels: home