I started collecting my Department 56 Dickens Village in 1987. I've received so many beautiful pieces as gifts over the years, I love each and every one. I don't collect them any more, but they are one of the favorite things I put out each year. It wouldn't be Christmas until the village is up. 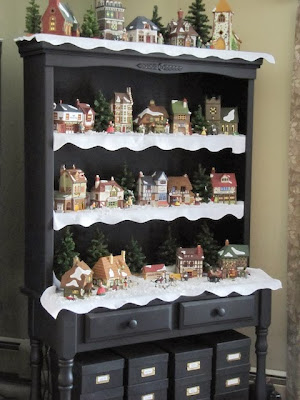 This past Christmas, I divided up the set and placed them in smaller vignettes.

under one of the trees in our bedroom. 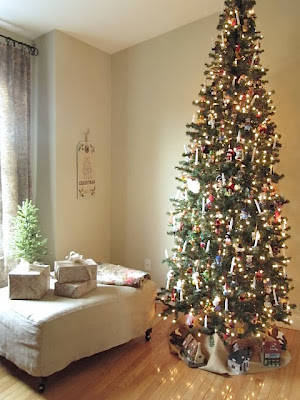 and on top of the armoire. 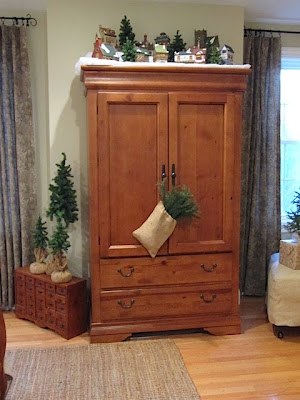 My biggest pet peeve of the whole village…the cords.

Come on in to see an easy solution.

The task of connecting all the cords to each house, hiding the cords beneath the snowy quilt batting, then running the extension cords to the wall gets the best of me by the end of the project.

I usually plug in the cords to a serge bar, so all I have to do is click one switch to turn on the set or I'll plug it into the outlet that's controlled by a light switch. The cords limit me to a place near an outlet. 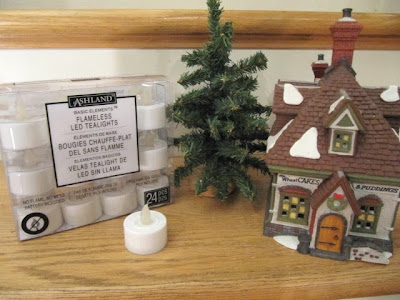 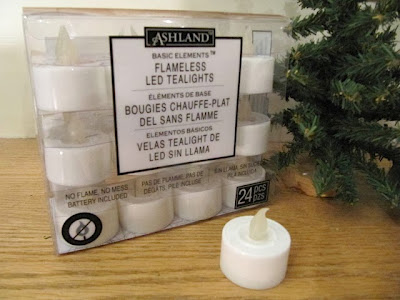 They have a nice glow to them and they flicker too. 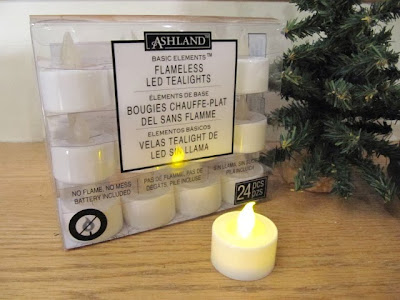 They also come with the battery. 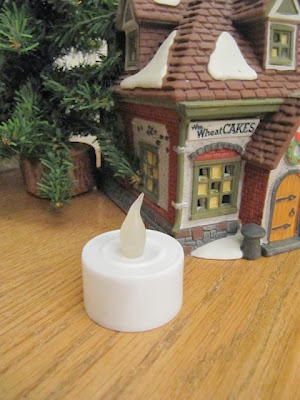 Small switch on the bottom to turn on and off. 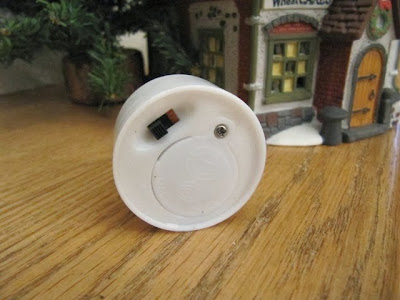 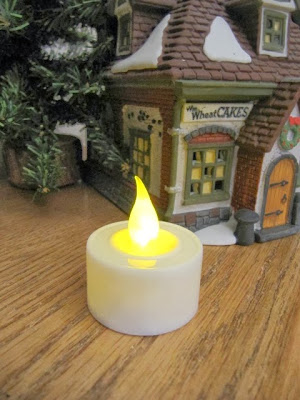 The hole for the regular light plug is in the back of the house. I wish it were larger to set the votive in there, but it's not. 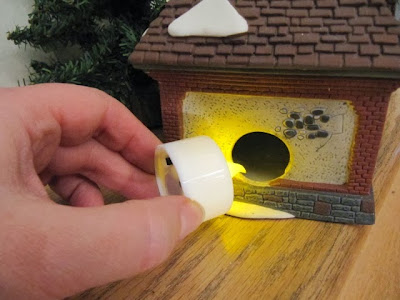 On this particular house it did just rest on the ledge of snow. I've been thinking of different options to secure it to the back…one dot of hot glue, small piece of electrical tape or a piece of the figurine or museum putty (the putty that secures china or porcelain figurines so they won't fall over). 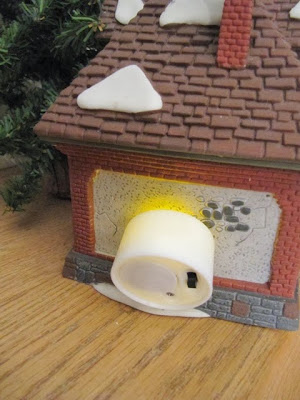 It gives off a warm glow and these flameless votives flicker, like there's a fire going in the fireplace. 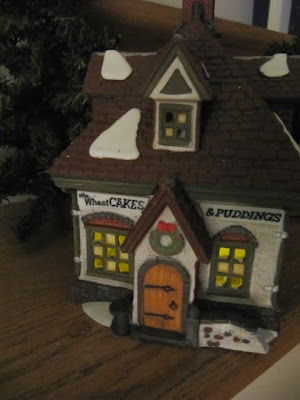 Here's a quick video from my phone to show you the flickering. I hope it works. This is the first video on my blog.

Ok, the video is lame. Lol You can't watch it before hand in the "preview mode" and if it's bad, you can NOT delete a video in blogger like you can a photo. I've just read up on it and they suggest loading to youtube first, but I realize now...this is my first and last video!!

When I set up the whole village, I will let you know how it goes.

I know flipping each little switch would be a pain for the whole village, but in the spots around the house where I'll just place a few and it's not near a power source, these battery votives will be great!!

Email ThisBlogThis!Share to TwitterShare to FacebookShare to Pinterest
Labels: Christmas