The last weekend before our 2 daughters Courtney, Kelsie and Courtney's boyfriend Courtland go back to college, we usually plan a little mini trip. They all work so hard the entire summer, that last weekend is their only free time. We're about an hour and 30 minutes away from Boston, Massachusetts so that's our favorite place to go.

On our way back home we have another back to school tradition...Wright's Chicken Farm. It's not a farm really, but a delicious all you can eat chicken restaurant.

We stayed at the Marriott Copley hotel in the Back Bay area, which is attached to 2 malls...perfect for girls!! We also walked all over Boston...and I mean we walked. No taxis or subways. The weather was too nice! We did...

Here are a few pictures from our trip...

Five Napkin Burger restaurant. The best burgers any of us have ever had. Kelsie doesn't even eat hamburgers and she loved it. 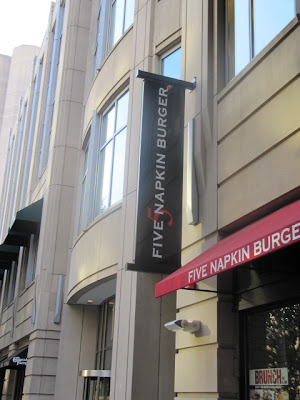 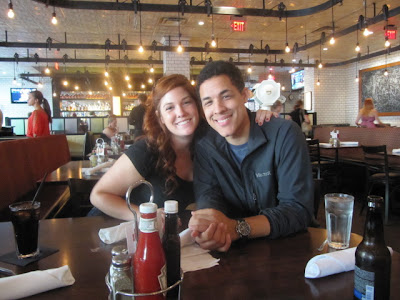 Kelsie always with her lemonade. This was fresh squeezed too. 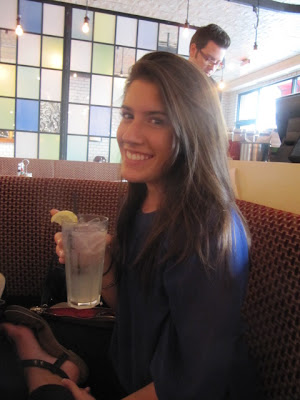 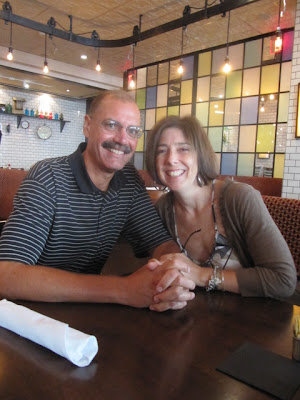 Now onto the burgers...Gorgonzola with sautéed mushrooms and shallots for all the girls. We ordered broccoli because we like it, but also to relive some of the guilt!! LOL 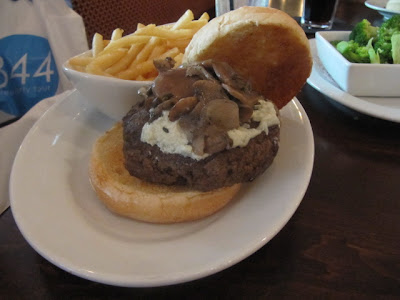 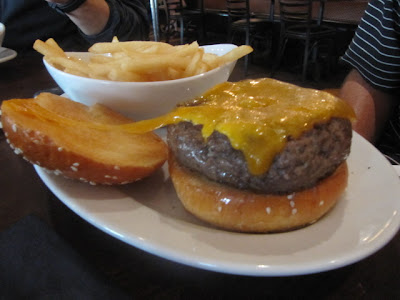 Courtland's bacon and cheese. The fries were so good too. 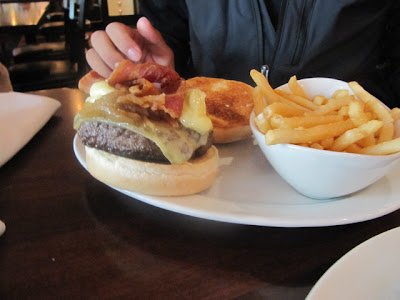 Then another stop on the trip was Pinkberry. A frozen yogurt shop. Add as many toppings as you like. I had nuts and granola. 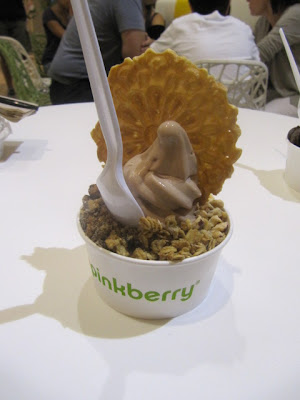 This was hubby's...I won't even try to defend this mess by saying it was frozen "yogurt" ! 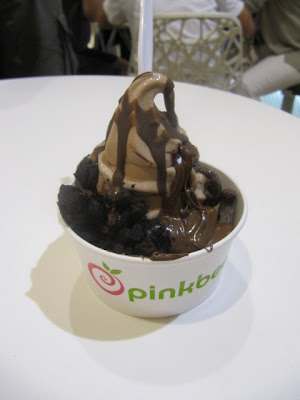 Courtney's was a little better with all fresh fruit and a few chocolate cover pretzels. 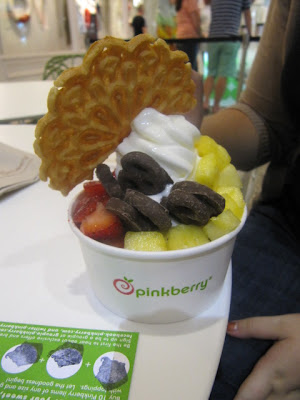 Here are the 2 Courts under the "Court St." sign. 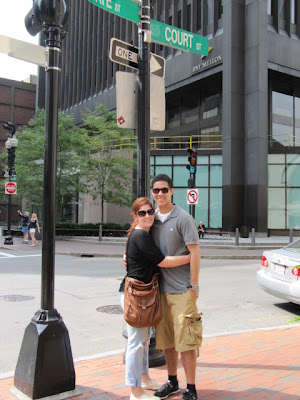 Kelsie trying on a French beret. She looks like a 1960's beatnik. lol 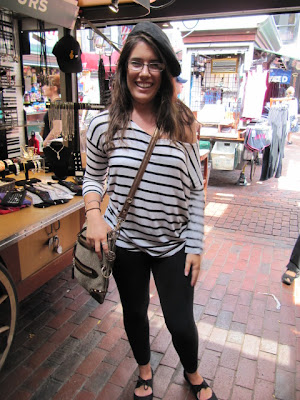 In front of Paul Revere Mall on the Freedom Trail in the North End. 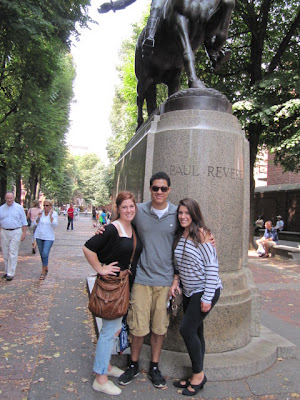 The ever famous Mike's Pastry in the North End too. A "must stop" if you go to Boston. 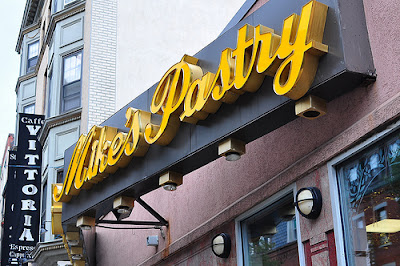 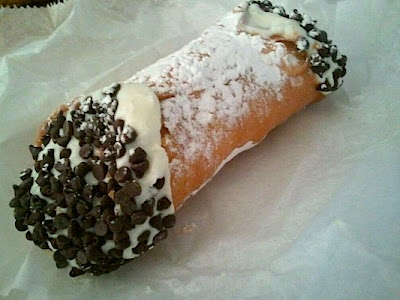 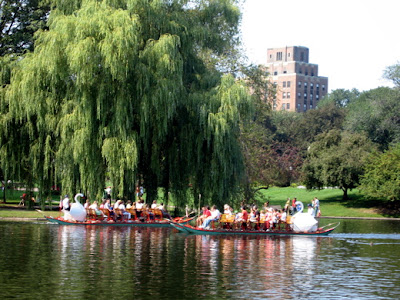 Found this shot on google of Faneuil Hall. Shopping and more eating. 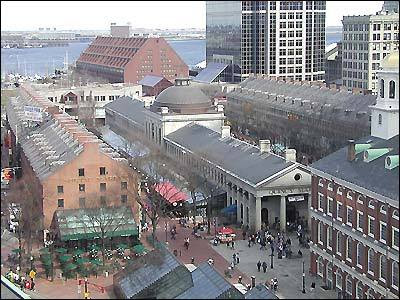 Then back home to Rhode Island in the northern part of the state. Wright's Farm for all you can eat chicken dinner. 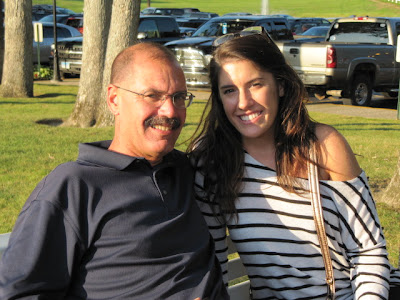 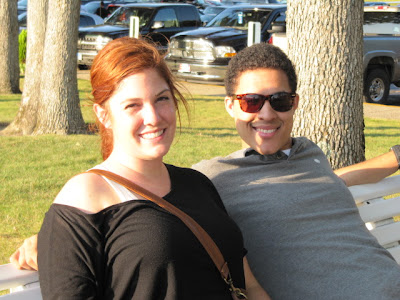 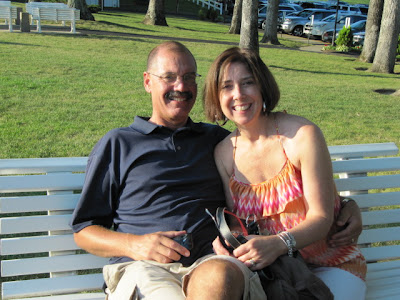 The way it looks in these pictures, in a nut shell, we went to Boston to eat. Should have brought a heart defibrillator with us though. LOL

We had a great time as a family and love being with the kids. They all moved back to school this past Monday and we miss them already.

Hope you get a chance to visit Boston or the north east some time!!

Have a great weekend,
~Karen~

Email ThisBlogThis!Share to TwitterShare to FacebookShare to Pinterest
Labels: family