Hi everyone... hope you're having a great day in your part of the world. I have a few friends from the last TTT for today's post about the phone cord. Kaaren thought it would also be good to keep track of her reading glasses and Erzebet said she is going to use it for quilt retreats, so she'll never lose her scissors while she's there! Kim also said it would make a good necklace with light weight scissors on it. Thanks ladies for these great tips.
space
I also have another friend I'd like to post about. Melissa from Mel's Own Place is having a wonderful auction to raise money for autism awareness in honor of her super great nephew Brock...he's a cutie. So go over and say hi and read all about it on her blog.
space
One more friend...guess who we're going to see pretty soon!!! 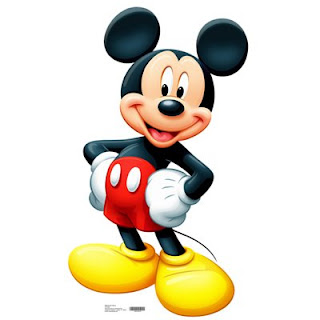 Our daughters, Courtney and Kelsie (a senior and a junior) are on the high school dance line team for the marching band. They dance during the half time shows of our football games in the fall. The band, dance line and flag team have been chosen to march in the Main Street Parade in Walt Disney World in Florida!! Woo Hoo! They are so excited.
Space
The band is flying down, but we're leaving a few days before, because we're driving. Hubby and Kelsie don't like to fly at all. I don't mind flying, but with driving you get to see a different part of the country. Last time we drove down in the summer of 2007 we took route 95 straight from New England to Florida. This time we're trying something new...interstate 81. They say the scenery is just beautiful through the Shenandoah Valley and the Blue Ridge Mountains. If anyone out there knows of any quilt shops on interstate 81 through Virginia, North Carolina and South Carolina, let me know...I won't tell my husband you told me. (wink wink).

Email ThisBlogThis!Share to TwitterShare to FacebookShare to Pinterest
Labels: Friends on Friday